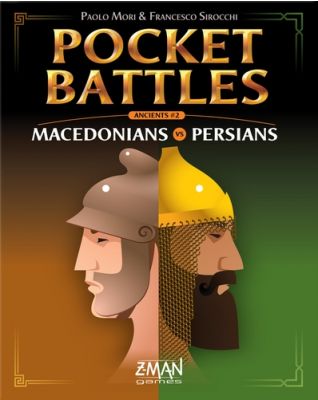 Add to Wish List
SKU
ZMG4302
Barcode:
ZMG4302
€14.99
In stock
Details
The ancient armies of Macedonia and Persia are yours to command in Pocket Battles: Macedonians vs. Persians, a tile-based war game. You'll fight on three fronts with armies you create for each battle, making every battle a new experience.

The basic rules of the game are simple; two armies face each other in battle. The armies are split into three columns and two rows. Players must decide, at the start of the game, how many points they will give to their armies, determining how many points it will take to defeat the opponents army. (At least half of the points).

The battle is over when one army defeats the other.